We, Nommads Our Cases Stay Tuned Talk to Us Português 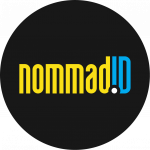 Based on the international lesson, Brazilian e-commerce — still far from competing with the large digital corporations headquartered in the economy’s central countries — knew how to appropriate the competitive advantages of this type of commerce. That’s because he adapted to the idiosyncrasies of the multifaceted Brazilian market. This situation did not materialize without the minimum legal support of the electronic commerce model, published in 1996 by UNCITRAL (United Nations Commission for International Trade). At the time, it sought to standardize the handling of commercial issues that occurred in the context of the internet, in order to protect the parties involved in this type of transaction.

Brazilian e-commerce has its laws based essentially on the protection of the consumer relationship. However, given this scenario, the need for digital companies to optimize their own tools and means has arisen. Everything to meet the expectations and dictates of a new economy based on economic and social development. In this sense, despite the lack of a specific regulatory framework for the sector, in addition to the current regulatory provisions that provide some legal certainty (Civil Code of 2002, Consumer Defense Code – CDC etc), virtual establishments must adapt to this an environment of synergy, in which the horizontality of relationships provides satisfactory results for both consumers and digital entrepreneurs.

In the comparison between international and national e-commerce, it is possible to identify peculiarities that refer to the greater participation of the central countries of the economy in the global GDP. Fundamentally, the consolidation of the legal, fiscal and regulatory framework stands out. After all, these countries have been developed for decades.

At the national level, the degree of trust of entrepreneurs, investors and consumers in relation to electronic commerce has increased considerably in this short period of time. The occasional rarefaction of specific protective norms has motivated some distrust among the entities involved. However, the digital companies themselves have made noble efforts in the protective communion of this market niche. This occurs through technological actions and solutions and the laws available until then.

The Civil Code and the CDC have helped in this protective movement of the consumer relationship, along with Decree 7,962/2013 – which regulates the CDC in relation to contracting in electronic commerce. Also, the validity of Law 12.965, of April 23, 2014 deserves to be highlighted. It is known as the Marco Civil da Internet, whose concepts and principles are applicable to the electronic contract. Also, at the threshold of 2020, Decree 10,271 entered into force. In this case, it brought protective guarantees to consumers in electronic commerce operations within MERCOSUR.

As for businesses established between digital companies headquartered in other countries, the Law of Introduction to the Rules of Brazilian Law (LINDB) applies. In this case, it deals with the obligation of the supplier (entrepreneur) regarding the offer of products and services, respecting the location where they were offered.

With the advent of the declaration of economic freedom rights, instituted by Law No. 13.874/2019, e-commerce is strengthened in business and civil relations on a par. It occurs to the extent that the state apparatus establishes the protection of free enterprise and the free exercise of economic activity (art. 1). In this case, it removes its power of intervention a little, giving the digital company an opportunity so that, based on good faith and respect for contracts (art. 2), it can express its autonomy in the business relationship.

With regard to e-commerce legislation in the central countries of the economy, those within the scope of the European bloc deserve to be highlighted. After all, they have a very comprehensive legal framework, embodied in Directive 2000/31EC. The European Directive is not only focused on the regulatory bias of the consumerist relationship — characterized by the consumer/user versus company/supplier clash. But, yes (as a standardization of digital economic activity), it aims for broad protection beyond civil liability. It gives the digital entrepreneur greater self-regulatory power, so that a harmonious and well-being ecosystem is established among the entities involved.

Legislative projects for e-commerce and its dilemmas

So far, the actions of the Legislative Power on e-commerce in general have been concentrated in Bill (PL) No. 3.514/2015 (currently appended to PL 4.906-A/2001). Remembering that both are the work of the Federal Senate. This legislative proposal aims to change some general provisions of the CDC on the consumer relationship in electronic commerce. In this case, those whose terms have been aligned with the premises of international regulations.

Other bills were added to PL nº 4.906-A/2001, which deal with specificities of e-commerce. However, the current legal panorama directs us to some discussions given the current acceleration of disruptive innovations. It is necessary to reflect on the efficiency and effectiveness of standards aimed at the particularities of e-commerce. Mainly when considering that the government entity has demonstrated little or limited technical knowledge in the production of rules for the sector. And, consequently, it is clear that the private entity (company) ends up assimilating such virtues that result in a kind of corporate “cultural soup”. This tends to promote, due to the circumstances of the competitive environment, standards of conduct with a higher level of detail.

It is noticed that the international normative texts – in particular the European Directives on the regulation of e-commerce – present in their context subtleties related to the ideal corporate culture of the member countries of the bloc, anchored in principles that suggest self-regulatory practices. Mirroring this perspective, government entities and, much more, private entities, have assimilated the lessons of a model that will inevitably bring implications for the better development of the digital economy. Not to mention the issue of the adequacy of standards and guidelines in the domestic and global markets.

The diversity of digital means and tools of national e-commerce — chatbots, blockchain technology, online mechanisms for conflict resolution, etc — positively impact the credibility of the consumer relationship. In addition, it has had repercussions, albeit timidly, in important advances in the guidelines for competitiveness and competition. In other words, they signal promising models of private self-regulation.

Thus, there is an urgent need for Brazil to optimize the structures of the digital market. And the same applies to legislative instruments in the matter of enabling a regulatory environment based on public-private understandings, in view of the dynamic speed of disruptive e-commerce technologies.

One of the biggest dilemmas of the digital economy, especially e-commerce, has focused on the extent to which state regulation has become effective — to the point of preserving the rights and duties of the agents involved, in an environment of accelerated technological innovation. On the other hand, what movements or actions have been carried out by e-commerce companies, in addition to state rules and controls, in order to conceive a regulated environment for the integral protection of businesses and their agents?

State control over e-commerce has been achieved through dispersed laws, as mentioned above. Its nuclei are directly and subsidiary based on consumer protection, also supported by the civil code; in the rules regarding the mandatory provision of information that aim at hiring in electronic commerce; in the general rules of discipline of the user (consumer) and service providers in the world wide web, etc.

The context of electronic commerce regulation leads us to the reflection that the Brazilian legislator prefers to point out specific aspects, which have demanded urgency, in view of their repercussions on the consumer society. No wonder, as can be seen from the analysis of PL 4906-A/2001, instead of integrating the proposed themes under a single legal command – that is, in the form of a single law -, there has been a profusion of new themes , in order to perpetuate its definitive rule.

In the international context, the European regulation 2019/1150 stands out. It expressly provides that its rules should not be interpreted to limit the innovation potential of companies that offer this type of intermediation service (marketplaces). In other words, it reveals the objective of protecting the parties involved and the sector’s growth. Such regulation gives e-commerce companies greater freedom of action. After all, they already have in their structure their rules and procedures policies that comply, in whole or in part, with the provisions of the regulation. Therefore, this only brings minimum criteria applicable to market agents.

Based on international experience, it is understood that digital commerce has encouraged spontaneous or induced mechanisms of regulation of economic and social interests or of relations and commercial practices of the various economic agents. Such mechanisms are what we call “self-regulation”. Its premises are also found in another international opinion (European Economic and Social Committee nº 2015/C – 291/05).

Self-regulation or self-regulation is characterized by the “existence of behavioral rules developed as self-imposed moral or ethical commitments, in a typical manifestation of non-state self-organization” . In the Brazilian case, as we know, there is no regulatory activity in the form of a Regulatory Agency for the e-commerce sector. There are, indeed, dispersed norms that regulate consumer relations. They open up, so to speak, the possibilities of self-regulation with or without the presence of the State.

Adaptation to the global market

The insufficiencies of normative commands applied to the digital economy have increasingly influenced alternative movements for self-regulation by e-commerce companies. One of the aspects is the mismatch between the law and commercial practice in the virtual environment. In other words, the phenomenon of the pacing problem (problem between the higher speed of technological innovation and the slower pace of regulatory action by the State). It has been a source of concern for the good governance of the digital economy.

In this context, it is worth presenting a brief consideration about the imported modality of International Law, which is soft law, when we consider this mismatch against the pacing problem. In contrast to the hard law (normative device of cogent force), the importance of flexible normativity, based on the rules and uses of customs practiced in the market, rises.

As can be seen, national e-commerce, albeit at a slow pace, has considered actions and guidelines of a private nature. This occurs as a way to establish technological governance in line with state regulation. It is, above all, about the ratification of the trust standards, which are directly related to the high levels of competition in the digital economy. And, consequently, to the adequacy and integration to the global market — which starts to demand better codes of ethics and good practices from its agents.

The architecture of soft law , in the context of the digital economy, also refers us to the new lex merchandise² , originally brought from the context of International Law and, currently, called lex informatica³ . Lex informatics tends to progressively penetrate e-commerce. This occurs to the extent that the constantly evolving digital media and tools consolidate self-regulatory movements of virtual companies — or even anticipate the contents of the bills under discussion, which have aggravated the aforementioned pacing problem.

Finally, in the midst of globalization, national e-commerce has expanded its borders. Consequently, it has improved business behavior in relation to its peers, society and the State – which have been consolidated under international paradigms of self-management and the promotion of best practices that correlate with the already applied constitutional precepts that surround good faith .

1 – ARANHA, MI The forms of self-regulation .
2 – The lex mercatoria dates back to Antiquity. It reveals itself as a legal system developed by European traders around the 10th and 11th centuries. It is based on the usages and customs of local and international commerce in the regulation of commercial transactions.
3 – The lex informatica is understood as a set of rules of conduct imposed by information technology. It consists of using computer networks and the internet. It is characterized by a parallel system of rules with its own expression, which can be legal and, at times, concurrent.

The time is now!

Talk to us and let's build the future of your brand together.